A guide to Anthropology & Archaeology resources available through the library

Where to search for subjects:

2 ways in the Library Catalog:

See if  'peoples' are listed and click on the one you want.

Now determine if the records shown are ethnograpies.

On the main search screen select subject from the dropdown menu

type in subject words (try the name of a peoples, such as: Ranquel Indians)

Now determine if the records shown are ethnograpies.

You can also try the following to search for ethnographies:

It can be tricky finding book-length ethnographies.  The following hints list the best subject headings to find ethnographies in library catalogs such as IUCAT or WorldCat, and are taken from the Anthropology Cataloging Q&A of the ACRL Anthropology and Sociology Section (ANSS).

What are the best ways to find ethnographies?

The problem is that the Library of Congress Subject Headings (LCSH) makes no distinction for materials that were researched using ethnographic field methods. Therefore general ethnologies and ethnographies are given the same subject headings. There are a number of subject headings used on these works, and these are covered below, but the researcher will only find the broader group of works. To distinguish amongst those works, one would need to look at the author, do some research and discern if this author is likely to be writing ethnographies.

The subject headings most frequently used on ethnographic works are as follows:

“Ethnology” subdivided by place is used for works that are general anthropological works on the peoples of a particular place.


Another commonly used term is actually a subdivision used under geographic regions, countries, etc. The subdivision is “Social life and customs.”

The most direct way is by searching for the name of the peoples. LCSH allows for an individual subject heading for each group of peoples. Therefore there are numerous subject headings as follows:

If you don’t know the name of the peoples, but you know they are in a particular geographic area, look under “Ethnology—geographic region and/or country” in LCSH, and you will find a list of all the peoples already established in that region. For example under Ethnology -- Burkina Faso there is the following list:

The indigenous peoples of the Western Hemisphere are set up with the name of the group followed by the word “Indians” or “Eskimos.” For example:

However there are some exceptions, such as: Aztecs, Mayas, and Incas.

If you don’t know if the name of the group has been established, look under the following terms in LCSH to find a full list:

NOTE: Most of these headings are also subdivided by geographic regions and/or countries, and the list of tribes in that country are under the broader term: Indians of … -- country name.” For example a search in LSCH for “Indians of South America -- Argentina” will reveal the following list:

These are some of the most common terms used on ethnographic materials that deal with particular peoples or places. 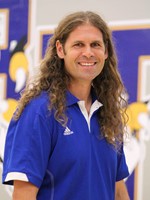