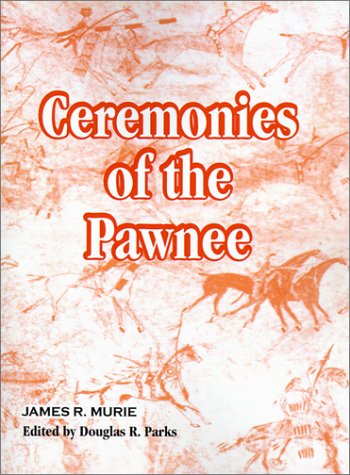 Ceremonies of the Pawnee

Of all the American Indian tribes of the Plains, the Pawnee and the closely related Arikara developed their religious philosophy and ceremonialism to its fullest; in fact, they may have developed it more highly than any other group north of Mexico. Ceremonies of the Pawnee is the first and only systematic, comprehensive description of that rich and complex religious life. Written under the direction of the anthropologist Clark Wissler between 1914 and 1920, it is the culmination of the ethnographic studies of James R. Murie, himself a Pawnee, who witnessed and participated in revivals of the ceremonialism just before it finally died out.
Part I presents the annual ritualistic cycle of the Skiri band, giving detailed accounts of the major ceremonies and describing the role of priests, doctors, and bundles in Pawnee religion. Part II is devoted to three major doctors’ ceremonies—the White Beaver Ceremony, the Bear Dance, and the Buffalo Dance—one of the three groups known collectively as the South Bands. The descriptions include, in both the original Pawnee and an English translation, several hundred songs as well as a number of ceremonial chants and speeches that are virtually unique in the literature on American Indian religion and provide invaluable material for linguistic study. Equally valuable is the collection of vision stories that underlie the songs. As a body they provide a new perspective on the vision and its cultural patterning, and allow for a deeper understanding of the cultural and psychological bases of Pawnee religion. 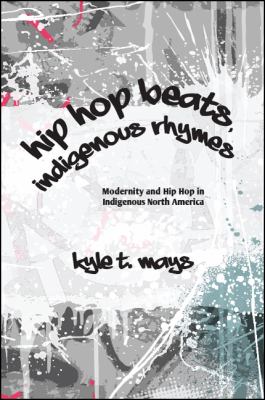 Expressive culture has always been an important part of the social, political, and economic lives of Indigenous people. More recently, Indigenous people have blended expressive cultures with hip hop culture, creating new sounds, aesthetics, movements, and ways of being Indigenous. This book documents recent developments among the Indigenous hip hop generation. Meeting at the nexus of hip hop studies, Indigenous studies, and critical ethnic studies, Hip Hop Beats, Indigenous Rhymes argues that Indigenous people use hip hop culture to assert their sovereignty and challenge settler colonialism. From rapping about land and water rights from Flint to Standing Rock, to remixing traditional beading with hip hop aesthetics, Indigenous people are using hip hop to challenge their ongoing dispossession, disrupt racist stereotypes and images of Indigenous people, contest white supremacy and heteropatriarchy, and reconstruct ideas of a progressive masculinity. In addition, this book carefully traces the idea of authenticity; that is, the common notion that, by engaging in a Black culture, Indigenous people are losing their traditions. Indigenous hip hop artists navigate the muddy waters of the politics of authenticity by creating art that is not bound by narrow conceptions of what it means to be Indigenous; instead, they flip the notion of tradition and create alternative visions of what being Indigenous means today, and what that might look like going forward.

This book is incredibly important and will change the fields of Native American, African American, gender, and sound studies. It is the first full-length monograph on the rich, diverse, and complex field of Indigenous hip hop. This is the text against which all other studies in the field will be compared. - Michelle Raheja, University of California, Riverside

The Seminole of Florida are a Muskhogean tribe originally made up of immigrants who moved down into Florida from the Lower Creek towns on the Chattahoochee River. Their tribal name is derived from a Creek word meaning "separatist" or "runaway," suggesting that they lack the permanent background of the tribes whose music had previously been studied.
The writer's first trip to the Seminole in Florida was in January 1931, and the Indians observed were from the Big Cypress Swamp group. The second visit, begun in November 1931, continued until March of the following year, the study including both the Cypress Swamp and Cow Creek groups of the tribe. Two exhibition villages near Miami afforded an opportunity to see the native manner of life. These were Musa Isle and Coppinger's Tropical Gardens. The managers of both villages extended their cooperation, and the principal interpreter was Cory Osceola, a grandson of the celebrated chief Robert Osceola. Many songs were recorded, and the work was extended to the Seminole in the vicinity of Dania and to the camps of Seminole along Tamiami Trail, especially the camp of Chestnut Billie and that known as Fifteen Mile Camp. In February 1932, a trip was made to the interior of the Big Cypress Swamp under the escort of W. Stanley Hanson, of Fort Myers; five camps were visited and photographed. Continuing her journey, the writer went to the "Indian Prairie" northwest of Lake Okeechobee and thence south into the cabbage palm country, which is the home of the Cow Creek group. Several camps were visited, and the songs were recorded at Brighton through the courtesy of Mrs. Eliza Fielden, the storekeeper. The return to Miami was by way of Fort Lauderdale, where an ancient Seminole burial ground was photographed. 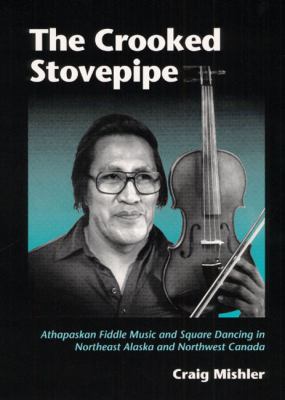 Named for a popular local fiddle tune, The Crooked Stovepipe is a rollicking, detailed, first-ever study of the indigenous fiddle music and social dancing enjoyed by the Gwich'in Athapskan Indians and other tribal groups in northeast Alaska, the Yukon, and the northwest territories. Though the music has obvious roots in the British Isles, French Canada, and the American South, the Gwich'in have used it in shaping their own aesthetic, which is apparent in their choice of fiddle tunings, bowing techniques, foot clogging, and a distinctively stratified tune repertoire. 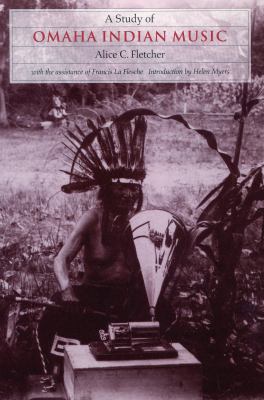 A Study of Omaha Indian Music

"Among the Indians, music envelopes like an atmosphere every religious, tribal, and social ceremony as well as every personal experience. There is not a phase of life that does not find expression in song," wrote Alice C. Fletcher. The famous anthropologist published A Study of Omaha Indian Music in 1893. With the single exception of an 1882 dissertation, it was the first serious study ever made of American Indian music. And it was the largest collection of non-Occidental music published to date, ninety-two songs, all from a single tribe. Fletcher and Francis La Flesche, her Omaha coworker and adopted son, divided the songs into three categories: religious ones, to be sung by a certain class either through initiation or inheritance; social ones, involving dances and games, always sung by a group; and ones to be sung singly, including dream songs, love songs, captive songs, prayer songs, death songs, sweat lodge songs, and songs of thanks. John Comfort Fillmore, a professional musician, added a "Report on the Structural Peculiarities of the Music." Those interested in a vital aspect of Indian culture will want to own this book, which contains the musical scores as well as the native-language words for the songs. 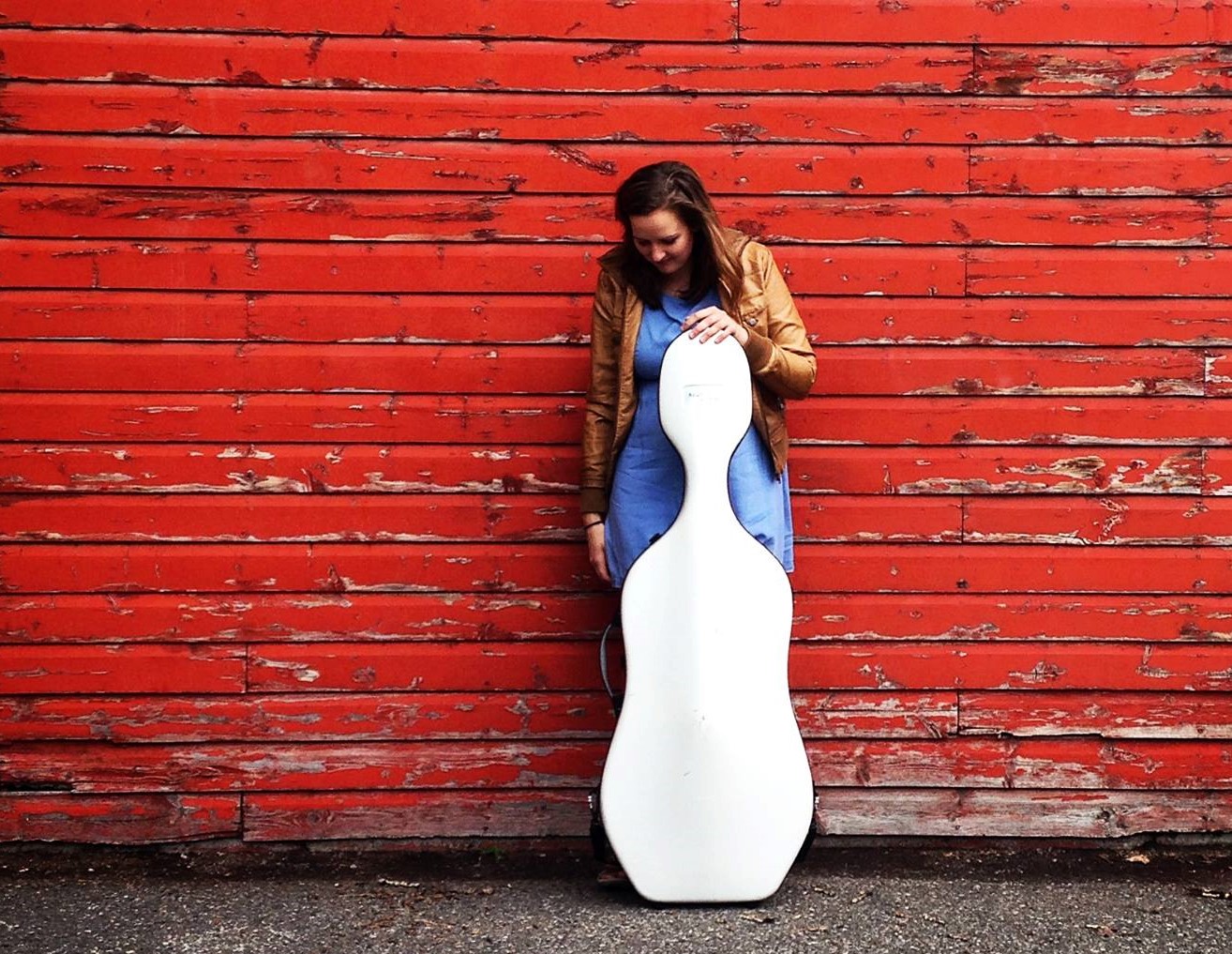 Laura Jacyna
Email Me
Contact:
Email me to make a virtual appointment at your convenience using Teams, or Zoom, or whatever you prefer!
Social: Facebook Page Instagram Page
Subjects: Music